"To live in hearts we leave behind is not to die." 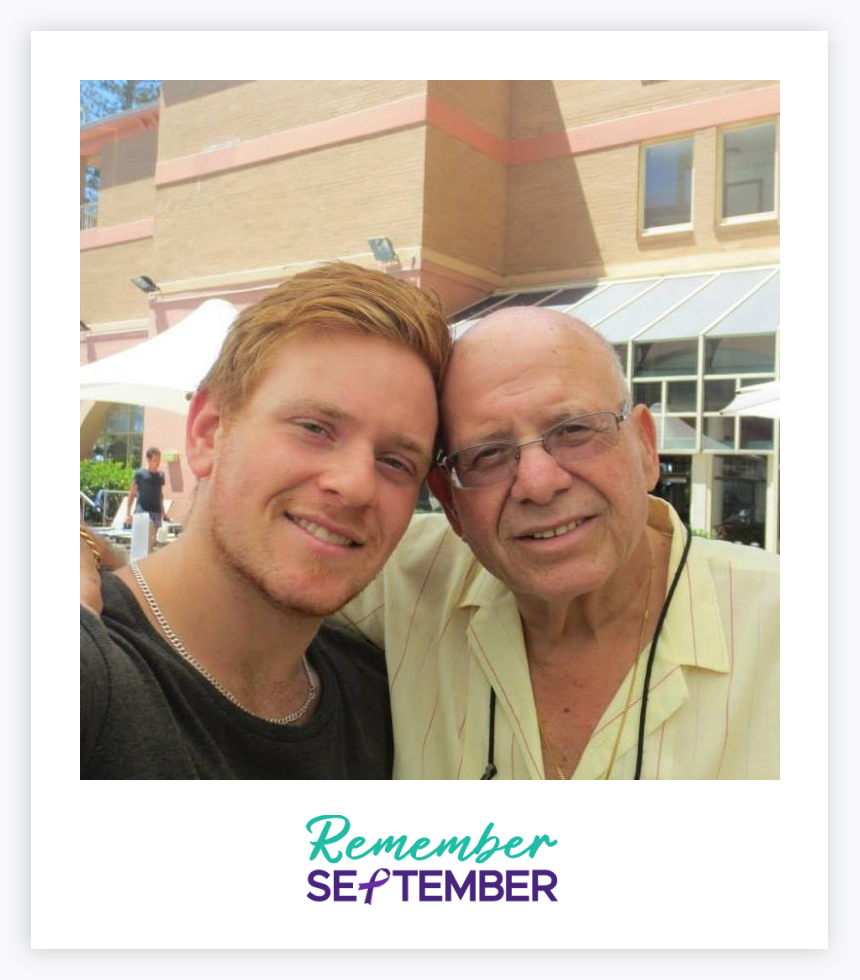 Remember September was established in 2014 by brothers David and Ben Wilheim as a challenge-based fundraising initiative.

It all started when Ben undertook an extreme version of Dry July while his Dad Danny was fighting pancreatic cancer. For 40 days he gave up all liquids except water. His initial fundraising target was $3,000 but he surpassed that within 2 hours of launching and went on to raise $15,600 for pancreatic cancer research.

Not long after Ben completed this remarkable challenge, his Dad sadly lost his battle on 15 September 2014. This was the second time the disease had impacted their family. Their cousin Danielle was only 33 years old when she lost her 6 week battle with pancreatic cancer in 2012. Danny and Danielle's initials are forever etched into the ribbon on the Remember September logo.

Every year since 2014, funds raised from Remember September are dedicated to fuelling the ground-breaking research program of PanKind, The Australian Pancreatic Cancer Foundation.  We are the only charity exclusively dedicated to pancreatic cancer. Since our inception, we have invested over $11 million in research grants across 45 high calibre projects at top institutions across Australia, funding world class researchers dedicated to finding a breakthrough.

PanKind's mission is to triple survival rates by 2030 and dramatically increase the quality of life for patients and their families. Remember September has become the flagship fundraising campaign for PanKind to ensure we reach our goal and change outcomes for thousands of Australian affected by pancreatic cancer.

“People take the challenge for different reasons; not just to raise awareness and fundraising, but for personal reasons too. I like that we can give that to people. For me personally, the month is definitely a time for me to remember someone special. Every time I crave a coffee, I think about my dad Danny and my cousin Danielle.”

Join David and Ben this September and let’s remember those we’ve lost to pancreatic cancer.

Remember September is a unique opportunity for your workplace to come together, create a team and take on this 30 day challenge. Feel good and do good!

Our mission is to triple the pancreatic cancer survival rate by 2030 and dramatically improve the quality of life for those impacted by the disease.

All donations over $2 are tax-deductible.